In the second half of 2019 most of my time goes into the filming and production of an ARTE Science documentary on the famous mountain gorillas. The film (52 min.) will air in 2020.

End of 2018 excellent news went around the world: The number of the critically endangered mountain gorillas exceeds 1000 and the population in the Virunga Volcanoes has more than doubled in the last three decades. A rare success story in wildlife conservation! Conservation efforts have brought this endangered species back from the brink of extinction. 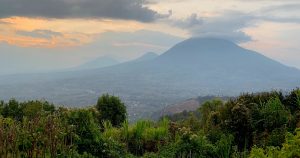 But mountain gorillas live in two island-like small habitats – the Virunga Volcano mountains and Uganda’s “Impenetrable” Forest. Both are limited and surrounded by densely populated regions. With the success new challenges come along: What happens, when the mountain gorilla population grows – but their habitat doesn’t? 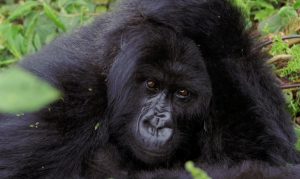 Mitigating effects of a limited habitat are conservationists’ next concern. Scientific research shows that the gorillas are facing today much more interaction between gorilla groups than before. Some of it ends in conflict and fighting. Gorilla scientists monitor stress hormones in gorillas to understand and identify stress factors to which gorillas might be sensitive. 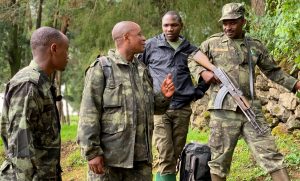 How do mountain gorillas cope with new population dynamics? What might be future threats for this still small population? And how do conservationists need to adopt strategies?

The film takes the audience to the stunning and beautiful world of today more than 1000 mountain gorillas. 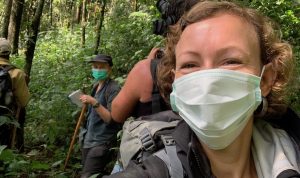 researchers to discuss what the future of mountain gorillas will look like. What happens if the mountain gorilla population continues to grow? What kind of life will these wild animals then live?

‘Gorillas under Stress’ – Screening on ARTE Television in 2020. Stay tuned.